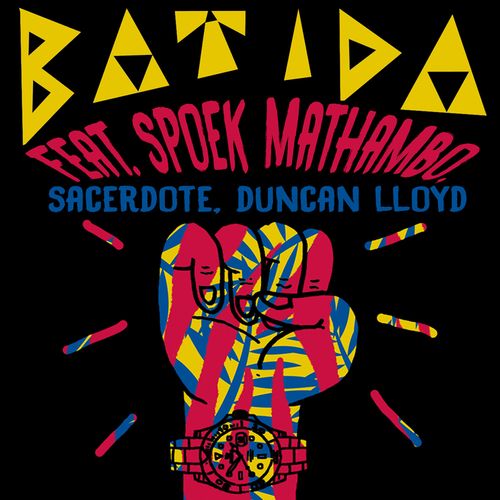 Lisbon’s Batida returns to Soundway with his ‘Luxo EP’. ‘Luxo’ (or Luxury in Portuguese) is an ironic take on the obsession with the high life. English, Portuguese, Quicongo and Zulu languages all feature on the original single with Spoek Mathambo (South Africa) & his crew contributing the lyrics together with Angolan MC Sacerdote and a guitar riff by Duncan Lloyd (Maximo Park).

On this EP the radio edit and bass version of ‘Luxo’ appear along with a remix from Clap! Clap! Also featured here is a remix of ‘Pobre e Rico’ from Angolan kuduro producer DJ Satelite who also appeared on Soundway's ’Ten Cities’ project.

The original version of ‘Luxo’ appeared on Batida’s second album ‘Dois’, a record inspired by the multicultural hotbed of his home city of Lisbon and trips to Nairobi and back to Luanda, ‘Dois’ was predominately produced in his own garage-studio over a two-year period. Much of the remix and sampling spirit from the first record remains but ‘Dois’ also features live instrumentation along with a host of different guests.