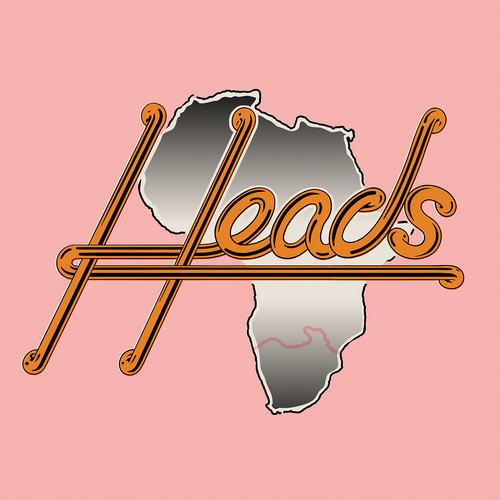 GET A FREE MP3 OR WAV DOWNLOAD OF THIS RELEASE WHEN YOU BUY IT ON VINYL : Just add the vinyl to your bag and we'll do the rest. You'll receive an email with a link to your free download when your order is processed.

Off the back of the recent Gumba Fire compilation, Soundway releases a 4-track, dancefloor-orientated EP drawing from the short-lived Heads label out of South Africa.

Here, Starlight's original track "Picnic" (a single whose B side "Picnicing", featured on Gumba Fire) joins edits by New York's JKriv (Deep & Disco Recordings / Razor-N-Tape) and Frankie Francis (Sofrito Sound), whose magic touch on last year's edit of Steve Monite "Only You" was one of Soundway's most popular releases of 2017.

The Heads label lasted a brief two years between 1982 and 1984. Started and run by the late South African producer and singer Emil Zoghby, it released only a handful of records before folding.

The early 1980s in the country was a time when disco was starting to fade into what was becoming known as Bubblegum: pop music aimed at the black population of South Africa.

William Mthethwa and his backing band the Young Five started off in the late 1970s and throughout the 1980s Mthethwa became a big star not only within his native Sotho community but all over South Africa. As with many of his releases, “You Turn Me On” was produced by the renowned engineer and producer Peter Moticoe. This was a big, meaty, classic early 80s disco jam that appeared on a 12” only, featuring a long instrumental dub version on the B-side. New York’s JKriv takes elements of the vocal and dub and reworks them into a condensed dancefloor winner.
Adaye were a Heads studio outfit featuring Tom Dollar on vocals, and selected here is their typically 1980s track “Turn it Up” which saw some success in the charts. The Manyane cut “Thabong” fuses traditional Sotho music with electronics, synths and drum machines - a popular style at the time.

Sofrito’s Frankie Francis gives both the Adaye and Manyane tracks the cut-up treatment focussing heavily on the spaced-out weirdness of the dub versions but adding nothing other than a fine ear for an edit.

To complete the set we include “Picnic”, another in-demand track from the Heads archives that was originally the flip side to the track “Picnicing” (featured on Gumba Fire) by the mostly instrumental studio outfit Starlight. They recorded one album and a series of 12s that included classic covers of American and Italian disco cuts.